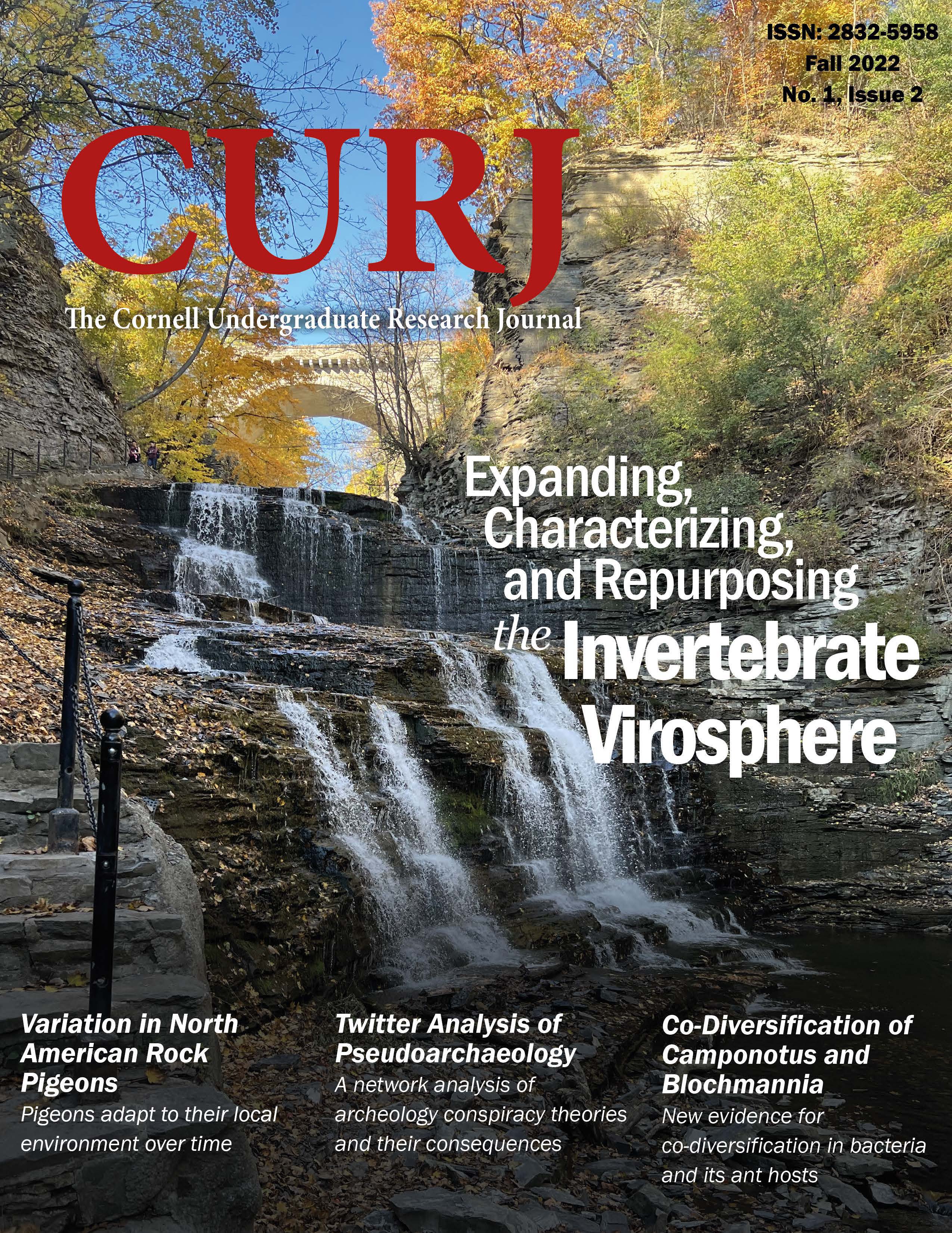 As an introduced species in North America, the Rock Pigeon (Columba livia) has established

itself in a vast array of climates and niches. In Captivity and in the wild, Rock Pigeons

exhibit great phenotypic variation in their plumage. In the time since the introduction of C. livia to North America, this phenotypic variation in feral pigeons established in different regions may have allowed them to adapt to local environmental conditions. To explore this idea, we focused on analyses of plumage and morphological Phenotypes in feral Rock Pigeons across the eastern United States of America. I found that northern Rock Pigeon populations had longer leg feathering, higher body mass, and significantly longer head length and shorter bills than southern populations. Furthermore, Rock Pigeons from New York, New York to Baltimore, Maryland have shorter tails when compared to other populations along the east coast. Head length was statistically shorter in southern populations compared to northern ones. These data suggest that feral Rock Pigeons in the eastern United States have adapted to local environments.

This work is licensed under a Creative Commons Attribution 4.0 International License.